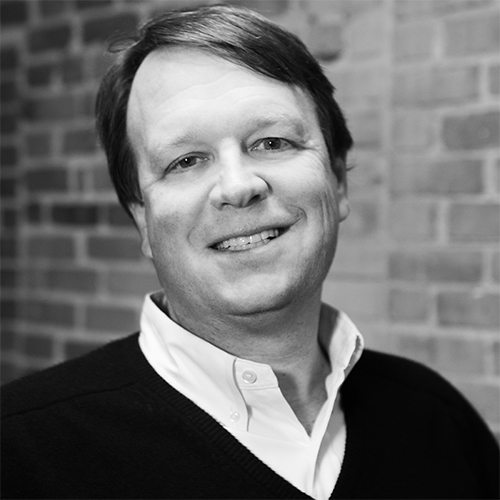 Gary Morsches, Demand Charge Expert, Thought Leader, and CEO of DemandQ, sat down with Arne Hessenbruch, Lecturer at MIT on innovation, to discuss the economics of buying electricity, how to reduce peak demand charges, and the need to act for large electricity consumers for the sake of all commercial & industrial users.Gary, thank you for sitting down with me today. You are being seen as a thought leader in reducing electricity demand charges. Can you tell us a little more about what a demand charge actually is, and why utility companies need to charge it in order to stay competitive?
‍

Arne Hessenbruch: Gary, thank you for sitting down with me today. You are being seen as a thought leader in reducing electricity demand charges. Can you tell us a little more about what a demand charge actually is, and why utility companies need to charge it in order to stay competitive?

Gary Morsches: If you look at your budget for your commercial account or industrial account, you pay for G, which is your consumption. It’s the little meter that turns, and you pay so much per kilowatt hour; the more you use, the more you pay. Everyone gets that. People have been working hard to become more energy efficient, to be greener, and to reduce the amount that meter spins. That’s all about combating the consumption part of the bill. But that’s not the whole bill.

Demand charges are irrespective of the amount you consume; rather they capture the maximum amount you use in any given period.

In fact there’s a newer charge that has come out in the last decade or so called Demand Charges. Demand charges are irrespective of the amount you consume; rather they capture the maximum amount you use in any given period. What happens is the utility has to have infrastructure and processes to meet your peak demand. Since Electric utilities are regulated monopolies within their defined service territory they have a fiduciary duty to supply their customers the amount of power they need at any given time. So consequently, they have to build their infrastructure to meet their territory’s maximum need — not just your maximum need — but everyone’s maximum need. If you think about it, that costs a lot of money. That costs a lot of infrastructure that’s only used very little of the time.

In the old days, they didn’t have to have a special charge for this. They captured all their revenue in fees and consumption — in their kilowatt hour charges. The utility model worked well for 100 years with increasing demand, and it allowed the electrification of the United States. There have been some bumps and bruises, but by and large the United States has been electrified. The problem for utilities today is that over the past decade electric demand has stagnated and even declined in some regions due to efficiency, sustainability, and DER’s — Distributed Energy Resources (localized behind the meter Solar and wind) that have threatened the utility revenue model. So in light of these macro fundamental shifts in the market, utilities have implemented Demand Charges as a supplemental revenue source. And if you think about it, demand charges are a logical way to charge customers for being able to meet their maximum usage needs.
‍

Now electricity rates are relatively stable, and we have pretty good reliability in comparison to much of the world. However, that business model is under tremendous pressure right now. Why? If you think about it, the utilities’ cost to serve you are basically fixed costs. They have fixed infrastructure, lines, wires, substations — those are largely fixed costs. And the variable side is the amount of electricity that goes through. So you separate those two, and they charge you for the electricity that goes through. But this fixed cost is a separate cost.

People are consuming less electricity even though they are living better lives.

For the first hundred years, demand continually inclined.It followed GDP growth. As our country was prosperous and grew, so did demand. As a result, this fixed cost utility was collecting rates on a variable increasing volume, i.e. they kept capturing more volume, providing more revenue, and allowing them to grow and be profitable.

The last decade, we have seen three phenomena that occur that have taken demand and actually flattened or lowered it in many places. The first thing is our population is stagnating in some areas of the United States. It’s not growing universally like it once did.

The second thing is that energy efficiency has come into play. People are consuming less electricity even though they are living better more prosperous lives. With things like LED lights and more efficient refrigerators, folks are still getting services they want with less electricity usage.

Finally, the biggest game changer here is DER, distributed energy resources, like solar panels and wind turbines. These DERs are supplying power to end users and to facilities that no longer require the utility to deliver electricity. It’s basically being generated and consumed in house, on-site. All in all, the amount of volume that utilities are serving is going down. So they have a fixed cost component and declining volume. That doesn’t work for businesses, and that’s really squeezing utilities today.

So what are they going to do? They can raise rates — i.e. they can raise the rate of the G (the generation, or energy charge) — but that doesn’t make them competitive. It’s a deregulated side of the marketplace, and that doesn’t fly. So now they have a fixed cost component that captures a charge based on the maximum amount you use. Now your bill is made up of G, or consumption plus this demand side.

Now interestingly enough, if you think about what your electricity bill has done over the last 10 years, you’re going to say, yeah it’s gone up. And it has gone up. But if you take a look into the components of it, the largest part of your bill is consumption. Your consumption is basically the cost of generating electricity which in the old days meant converting fossil fuels into power — e.g. coal, gas — and now you have it interspersed with renewables and solar and nukes, etc. But by and large, what sets the price of electricity is that marginal use that generates that last megawatt hour needed to balance the system. Electricity is still hard and expensive to store. What utilities and grids do is they produce as much electricity as is consumed and that balanced across the grid.

So the marginal fuel that generally sets the clearing price on a grid is natural gas, and if you have have any sense of anything about markets, you’ll know that the shale revolution has drastically changed natural gas prices and even oil prices. In fact, in the last 10 years — particularly in the last 5 years — we’ve had very stable and low priced natural gas and oil. That’s been good in many ways and has resulted in historically low electricity prices. So in the last 10 years our commodity prices — the commodity cost of electricity or the G as previously discussed — have dropped 23%, which is good, and it’s stable, but the demand side, or the fixed price side has gone up 47%. That means your bill — despite the commodity price going down — has gone up 10% a year.

‍Arne Hessenbruch: So, you’re basically paying a sharp premium for demanding out of the ordinary consumption.

So consequently utilities are sitting there stuck, saying I’ve got to collect revenues, I’m not getting the volume I once had. I can’t raise the price of my volume because now I’m won’t be competitive with my neighbors — why would I pay 14 cents a kWh in Massachusetts to build a plant when I could go pay 8 down in Georgia? So regulators have to be very careful with the commodity price. It can’t get too out of whack with other prices across the country.

Utilities are sitting there stuck, saying I’ve got to collect revenues, I’m not getting the volume I once had.

The slack is made up on the demand side, which typically makes up 25–40% of your bill. It can be as low as 10% or as high as 60% depending on the utility and the rate structure. There are a zillion different ways utilities structure this stuff. If you look at your bill, it’s very convoluted, lots of lines. But one way or another, they’re adding charges to cover their fixed costs in order to secure enough infrastructure to meet your biggest needs.

Arne Hessenbruch: So, any measure that reduces that premium is a good way to reduce your bill?

Demand charges are increasing by about 6% a year, per FERC’s 2018 annual report.

Gary Morsches: I couldn’t say it any better myself. You know, in the old days it wasn’t as important as it is today. And demand charges are increasing by about 6% a year, per FERC’s 2018 annual report. More and more utilities in the past 10 years are bringing in demand side charges onto their bills. They typically vary from 25% to 40%. I’ve even seen cases where it’s over 50% of your bill. So that energy efficiency that’s been baked into our heads since we were little kids — shut the door, close the refrigerator — that’s all is well and good, and that helps, but it’s not good enough. You’ve got to mind your maximum usage.

Now the other thing that’s interesting is that many utilities are in a world of hurt right now. S&P Global Ratings Report (2019) stated that 27% of utilities are on negative or on credit watch because of this decrease in volume. They’re in a pinch right now. They’re not too worried about it yet, but they’re going to have to do some radical things. They’ve got to start increasing revenue in some ways. They can’t get it through increased volume.

Arne Hessenbruch: And the only intelligent way would be to change demand charges because otherwise if they increase price per kWh, they basically price themselves out of the competition. Is that correct?

Gary Morsches: Yes — and the thing is that volume continues to decline. If you keep raising prices over a smaller volume, it doesn’t help you that much. So it’s all going to be on that demand side of the equation. You can’t put your head in the sand.